Cole’s food can draw lines with wait times of up to three hours. The towering, stuffed vegan burgers — which use Impossible Foods for its patties and Hawaiian buns — feature cheeky names like One Night Stand (a patty topped with vegan bacon and cheese, caramelized onions, lettuce, and tomato), the Sloppy Toppy (with jalapenos), or the Fussy Hussy (with pickles). 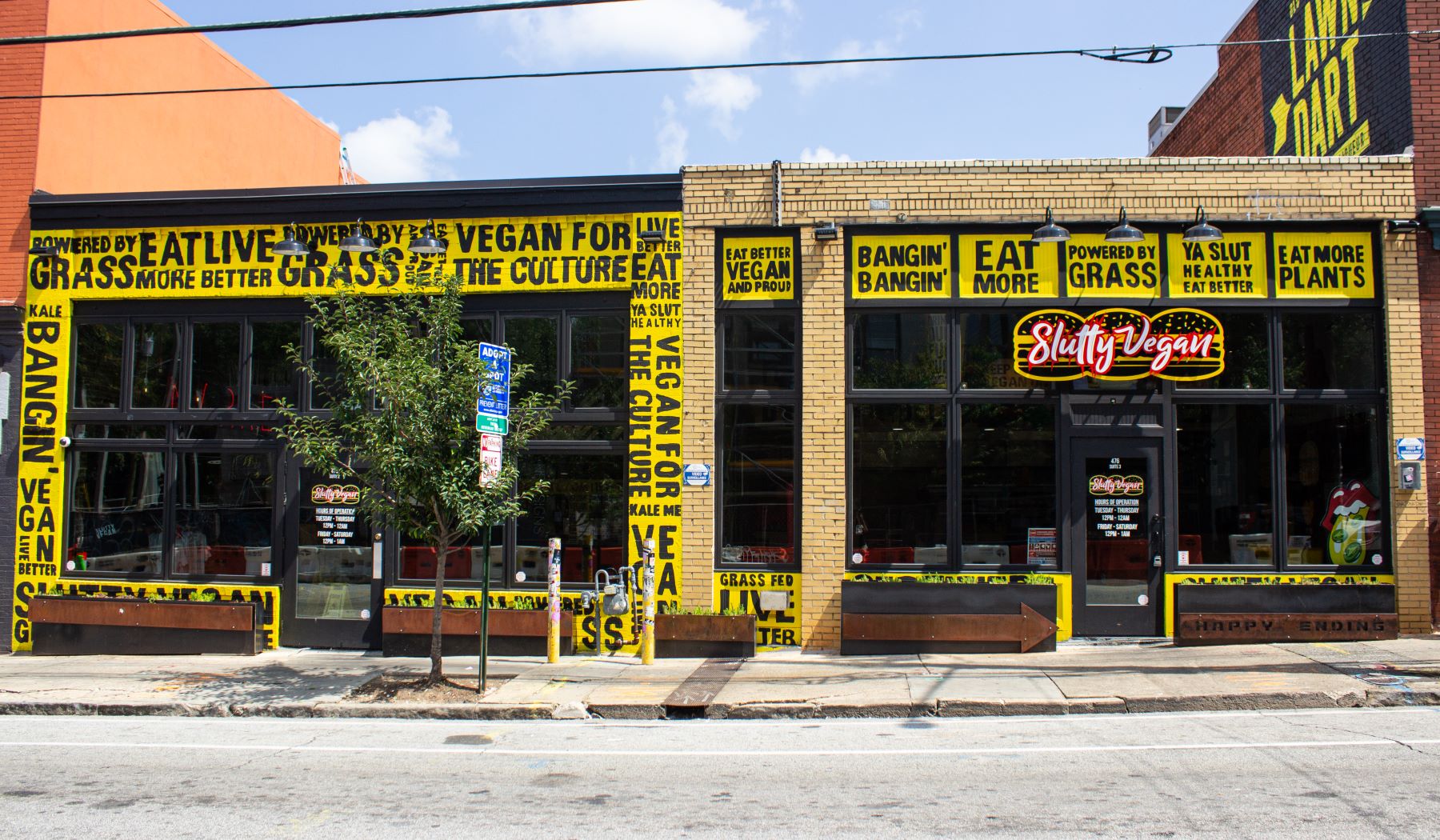 The northeast expansion is a homecoming of sorts for Cole: her first-ever restaurant, the non-vegan Pinky’s Jamaican & American Restaurant, was located in Harlem and closed in 2016 after a fire.

Cole stated in the press release: “It’s an honor to be opening a concept in such an established space, just down the street from where Biggie Smalls grew up, and to bring more delicious vegan food to the Brooklyn community!”

Get the latest from Firm Biz about the Business Behind The Bag.

We use cookies on our website to give you the most relevant experience by remembering your preferences and repeat visits. By clicking “Accept All”, you consent to the use of ALL the cookies. However, you may visit "Cookie Settings" to provide a controlled consent.
Cookie SettingsAccept All
Manage consent

This website uses cookies to improve your experience while you navigate through the website. Out of these, the cookies that are categorized as necessary are stored on your browser as they are essential for the working of basic functionalities of the website. We also use third-party cookies that help us analyze and understand how you use this website. These cookies will be stored in your browser only with your consent. You also have the option to opt-out of these cookies. But opting out of some of these cookies may affect your browsing experience.
Necessary Always Enabled
Necessary cookies are absolutely essential for the website to function properly. These cookies ensure basic functionalities and security features of the website, anonymously.
Functional
Functional cookies help to perform certain functionalities like sharing the content of the website on social media platforms, collect feedbacks, and other third-party features.
Performance
Performance cookies are used to understand and analyze the key performance indexes of the website which helps in delivering a better user experience for the visitors.
Analytics
Analytical cookies are used to understand how visitors interact with the website. These cookies help provide information on metrics the number of visitors, bounce rate, traffic source, etc.
Advertisement
Advertisement cookies are used to provide visitors with relevant ads and marketing campaigns. These cookies track visitors across websites and collect information to provide customized ads.
Others
Other uncategorized cookies are those that are being analyzed and have not been classified into a category as yet.
SAVE & ACCEPT